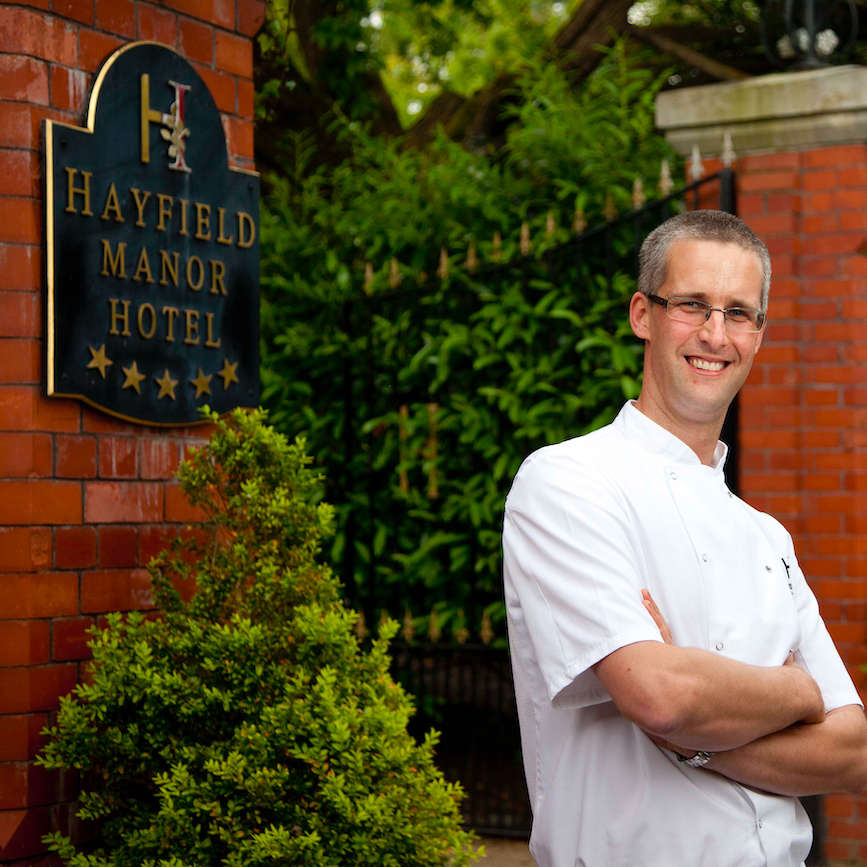 Mark commenced his culinary career in Scotland at the renowned Gleneagles Hotel, where he débuted as a 1st Commis chef.  Motivated to evolve his skill set further, Mark embarked on the life changing move to London’s Teatro Restaurant where he worked alongside celebrity and Michelin star chefs including Gordon Ramsey & Stuart Gillies.

Mark met his Cork wife and a move to Ireland followed.  Mark’s talent and determination allowed him to progress from the bottom up at The Merrion hotel in Dublin to become Executive Head Chef at Hayfield Manor.

In partnership with Ireland's Blue Book.