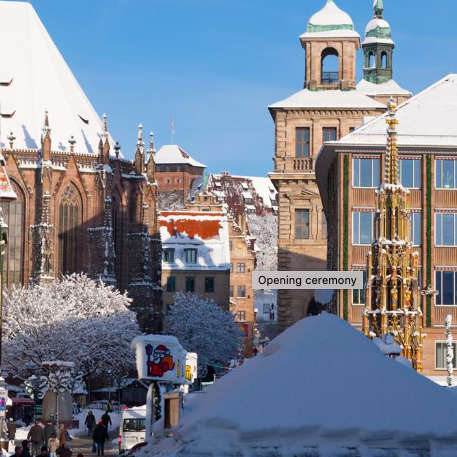 It’s known as ‘the little town of wood and cloth’ (awww!) and pops up its stalls the day before advent begins. Fairy-lights fill the Nuremberg night, along with the sweet smell of mulled wine, roasted nuts and Nuremberg’s famous gingerbread. There’s even a special ‘Kinderweihnacht’ area for kids, with carousels, a steam train, and stalls where they can make their own gingerbread men, candles and more.

Lebkuchen and Mulled Wine are a must at the Christkindlesmarkt

“You men and women who were once children too, be children again,” says the Christkind, as it greets its guests on Nuremberg’s Main Market Square to open the Nuremberg Christkindlesmarkt. And the Christkind knows what it’s talking about: With a little childlike joy the Christmas decorations, “Rauschgold” angels, wooden nutcrackers, nativity scenes and colorful stars are all the more attractive as you stroll through the romantic illuminated lanes of the Christkindlesmarkt. After you’ve bought a souvenir for the folks back home, you shouldn’t miss the delicious treats at the market: Original Nuremberg gingerbread and Nuremberg bratwurst are a must. 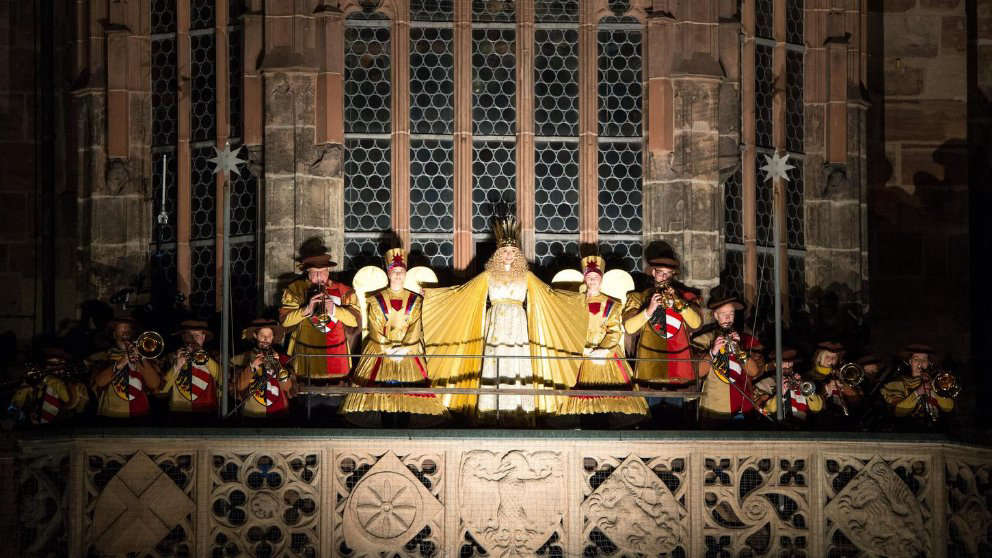 Eyes all a-glow at the Children’s Christmas Market

On Hans-Sachs-Platz there’s a Christmas City just for children. At the Children’s Christmas Market, little visitors can bake cookies, paint glass, write their Christmas wish list for the Christkind or take a ride on the nostalgic carousel or Ferris wheel. The Sternenhaus in the newly-renovated Heilig-Geist-Saal offers a colorful Christkindlesmarkt cultural program for children. 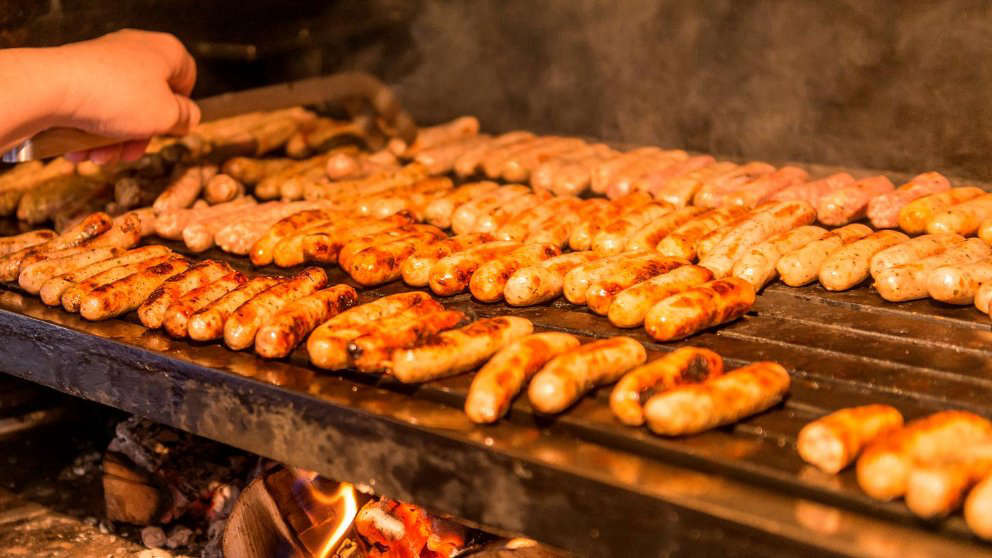 During Advent, the sausages are grilled at the world-famous Nuremberg Christmas Market. There, where the booths are lined up one after another, clouds of smoke waft out of the nearby bratwurst kitchens and spread a delicious scent of roasting sausages. Here, Nuremberg Rostbratwurst are prepared the traditional way on an open beech wood fire. Because they are only as thick as a finger, they develop a particularly robust grill aroma. Whether you come from Nuremberg or are visiting, just order the Franconian way: “Drei im Weggla” – “Three in a bun”.

A long tradition has produced numerous legends and myths surrounding the Nuremberg Bratwurst. One legend says that they are made so small to allow innkeepers to sell them through the keyholes of their taverns during closing hours. Another says that their size was determined by a hole in the wall of the Nuremberg dungeons. The prisoners, according to legend, were fed by sausages pushed through the tiny opening, hence the German name of the jail: Lochgefängnis – the prison with a hole!

Sister Cities’ Market at the Christkindlesmarkt

Nuremberg has a city partnership with 13 cities; friendly relations with eight additional communities. On the Rathausplatz north of the Main Market Square, the Sister Cities’ Market brings international flair each year to the Nuremberg Christkindlesmarkt. The proceeds of the often hand-made Christmas decorations go to charitable organizations in the sister cities.

Christmas Market with Tradition and History

The Nuremberg Christkindlesmarkt is one of the oldest Christmas markets in Germany. The pre-Christmas fair on Nuremberg’s main market square can be traced back to the middle of the 16th century. Learn more about the history of the market.

Colorful Program at the Nuremberg Christkindlesmarkt

The Christkindlesmarkt and Nuremberg’s churches and museums invite you to enjoy Christmas concerts, tours and exhibits. If you don’t want to miss anything, you can find the entire colorful program on our event calendar.

Additional attractions are the Children’s Christmas Market and Sternenhaus children’s theater, the Sister Cities’ Market and the lantern parade of Nuremberg children.

The Nuremberg Christkindlesmarkt in 360° Panorama

For full information on the markets visit - ChristmasNuremberg.com

Ryanair flies 4 times a week to Nuremberg with flights from €9.99 each way - Ryanair Nuremberg Flights