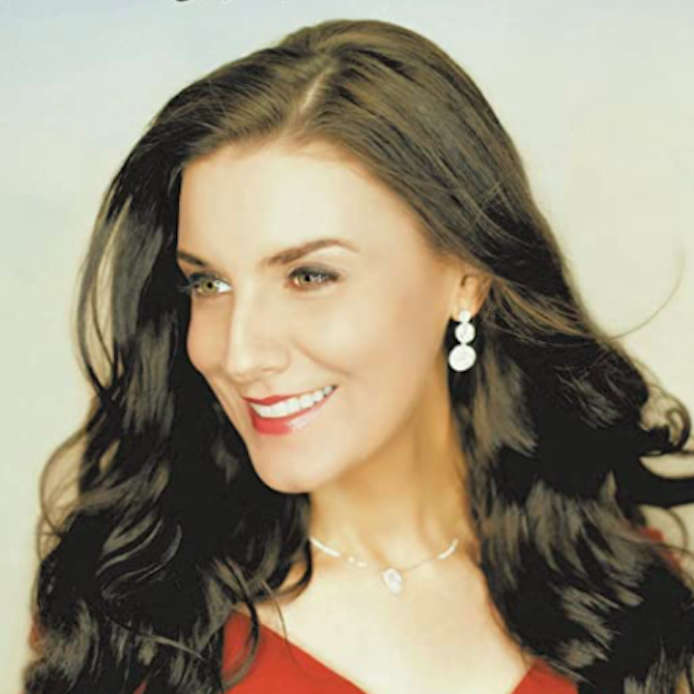 In this week's special Christmas Show my guest is classical Irish soprano Margaret Keys.
Born in Derry, Northern Ireland her passion for music took hold at a young age, she has been singing since she was four.  Her talent quickly became clear and she was already being marked out for success by some of the leading conservatoires and music professionals.

At the tender age of 15 she was awarded the Trinity College Of London Gold medal for the best overall performer in the graded examinations.  Margaret won a scholarship to complete her vocal training at the prestigious Royal Scottish Conservatoire of Music and Drama. She graduated with a Masters in vocal performance having already gained a First Class Honours Degree in Music Education.
Since graduating Margaret’s career has continued to rise.  She signed a recording contract with Universal Records Australia and has been hailed as a unique find:  “Every once in a while an artist makes you feel truly humbled. Margaret Keys is one of those artists. She has a voice of pure warmth and beauty. I know the world will fall in love with Margaret." (Universal Records CEO)

Margaret has performed extensively throughout the world and has performed with some of the world’s leading orchestras and performers.  She has performed to an audience of 35,000 in a special International Lakeside Proms concert and was one of the chosen artists from throughout the World, which also included Andrea Bocelli and Aretha Franklin, to perform for Pope Francis in a special concert for his visit to the USA in 2015. The concert was broadcast worldwide to an audience of 1.5million.

She has also performed on several TV broadcasts including BBC Songs of Praise, The BBC Proms and on PBS American TV specials.  Margaret has performed with West End star Alfie Boe, Russell Watson, Paul Potts and was special guest to the multi- platinum selling The Fron Male Voice Choir in their recent tour to New York City and in their UK tour.  She made her debut in the Royal Albert Hall in December 2015  in “Christmas with stars” which was produced by BBC Radio 2 and the TV Times. Following this performance She was subsequently invited back to perform again in the Royal Albert Hall Christmas Concert Special in 2016.  She was highly honoured to perform for HRH Prince of Wales Foundation Concert for Children and Arts, which was aired to an audience of 5million on Classic Fm and Sky Arts.

Margaret’s high-profile performances have made a great impact on the world of classical music and thus prompted her appointment as the only Irish Ambassador for HRH Prince Of Wales Foundation for Children and Arts. This is especially important to Margaret as she is a proud supporter of arts having a positive impact on young people. She champions the power of the arts and music to transform lives of children.
Margaret released her highly anticipated album "The Gift of Music" in June 2018. It soared straight into no #2 in the Official Classical and Classicfm charts, as the highest new entry, beating off competition from some of the world's most famous classical stars. She was also the first ever female performer from Ireland to ever enter the Official Classical Charts.  www.margaretkeys.co.uk.

Give the gift of experience this Christmas with Ireland’s Blue Book -  What could be nicer or more well-deserved than an escape from the daily rush to a relaxed country house hotel, a tranquil spa, or an unforgettable meal with a loved one at an award-winning restaurant? www.irelands-blue-book.ie/