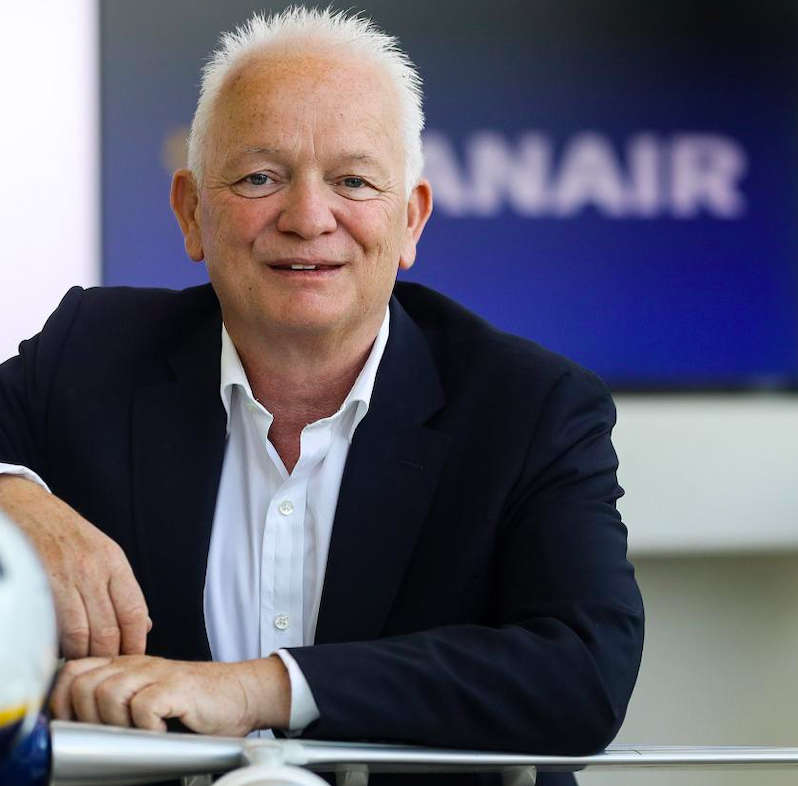 Ryanair celebrated its twentieth anniversary in Spain this week at the Spanish Embassy in Dublin.  Europe's largest airline presented a report on the contribution of its activities to the economy of the Iberian country, carried out in conjunction with the consultancy firm PWC. It also closed the month with growing operating figures.  I sat down with CEO Eddie Wilson who told me about the impressive contribution they have made to the Spanish economy over the past 20 years.  In 2019 Ryanair carried more than 46 million passengers in 28 different Spanish airports maintaining the same number of airports in 2021 despite Covid-19.

Since its first flight to Girona in 2002, Ryanair has established itself as one of the main airline operators in Spain. In that time, it has carried 400 million passengers to and from the 27 airports where it operates, more than any other airline. It currently employs more than 6,000 people directly and, according to the study, generates more than 14 billion euros to the country’s economy annually.

Ryanair also highlighted the support its operations offer to tourism: according to the report, it contributes to sustaining 300,000 jobs in the sector. The contribution of air travel is relevant in a country like Spain, which has a developed infrastructure of services and is one of the most visited destinations in the world.

The company leads the local airline market. In the last twelve years, it has always been the operator that transported the most passengers. In the near future, it plans to continue its growth. It expects to reach 225 million passengers carried per year by 2026 while maintaining its year-round low-price ticketing strategy.

Over the years Ryanair have carried more than 400 million passengers to and from Spain, The airline’s operating statistics were positive in April, helped by an increase in the volume of operations in Europe, especially compared to the same period last year.

During the fourth month of the year, Ryanair carried a total of 14.2 million passengers on 82,600 flights. This represents a 1,267% year-on-year increase. The occupancy factor was 91%, 24 percentage points higher than in April 2021. The last month was the best of the last six ones.

In that period, operations were impacted by COVID-19 omicron measures during the winter and Ukrainian airspace restrictions from March onwards. They started to recover in April and the outlook for next summer, the busiest passenger season, is encouraging.