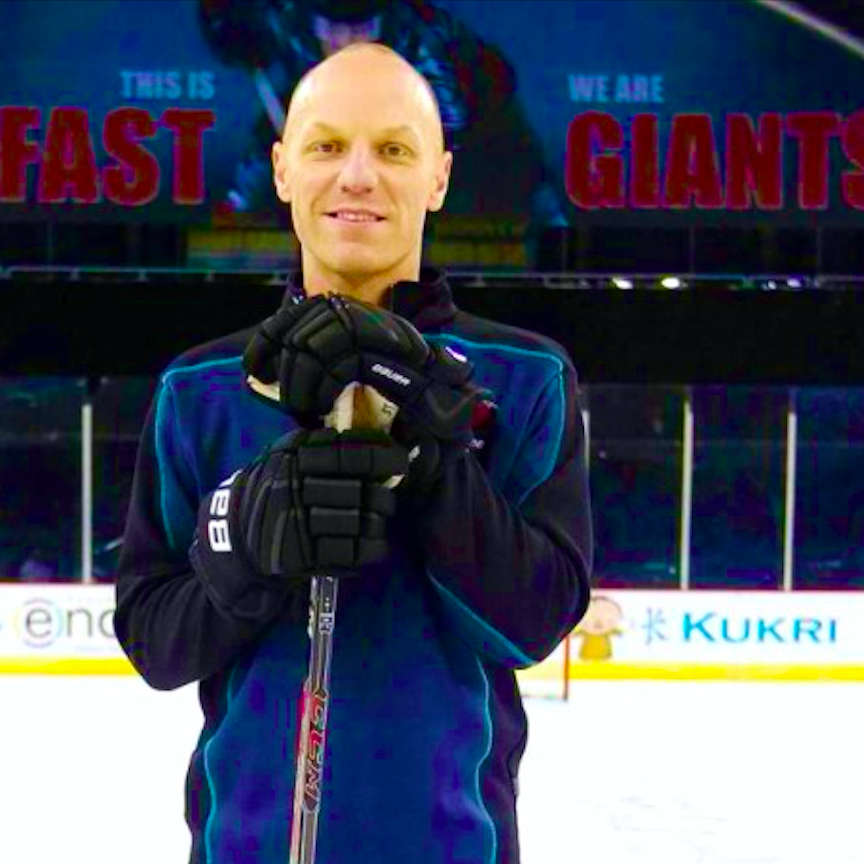 The Belfast Giants made history in 2000, becoming the first professional ice hockey team on the island of Ireland. After three months on the road, the team took to the ice in Belfast for the first time that December. Their momentous sell-out opening night captured the hearts of an entire nation and started an ice hockey phenomenon that remains today.  As a former player and coach and a Canadian living in Belfast, Steve Thornton has seen great change in Belfast and has been integral to growing the game of ice hockey there.  When he first came to Belfast ‘back in the day’ reinforcing safety was important against a backdrop of what people would have seen and heard about Belfast on the news etc. Nowadays that hardly ever comes up and Belfast today has a great reputation as a leading tourist destination.   Steve has come to really love "The uniqueness of Belfast" – wrapped by mountains and the sea, with stunning places all easily accessible within a stone’s throw of the city"

"Back in 2000 Ed, a lot of people said ice hockey ‘would never last’ in Northern Ireland. Almost 22 years on, ice hockey is now one of the largest mainstream sports in Northern Ireland - Last Wednesday night we had over 7,000 people in The SSE Arena for the Challenge Cup Final.  We expect to have our highest audience numbers on record at the end of this season.


To experience a Giant's Game visit - www.belfastgiants.com
Supported by www.visitbelfast.com

Steve Thornton
A Taste of Ireland with Ed Finn