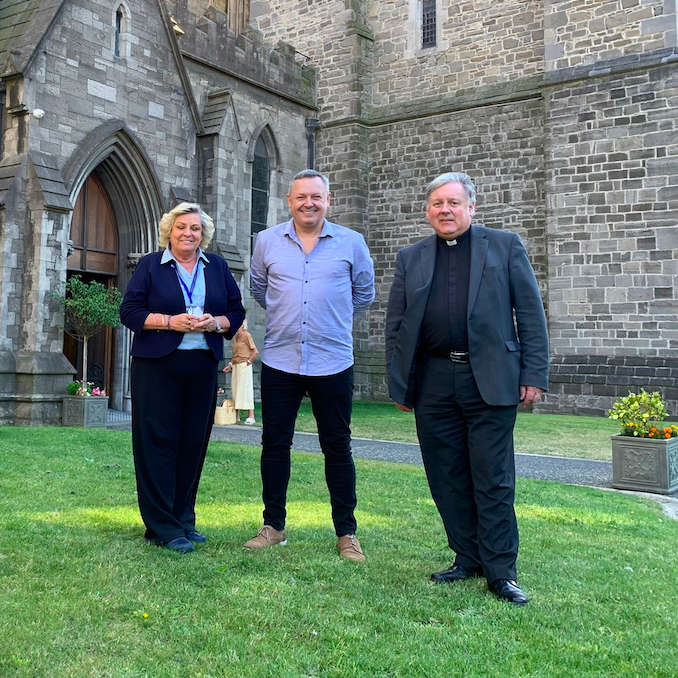 The Liberties has become Dublin's hottest hood.  Myself and Dublin aficionado, Mary O' Carroll enjoyed a wonderful few days uncovering places we had never visited before.  The Hyatt centric is a great place to stay here and I really enjoyed their wonderful hospitality.  In this Podcast I chat with the hotel's MD, Declan Curtis, I met Dean William Morton and Freda Doyle from St.Patrick's Cathedral.  We called in to see Amy Ryan from Marsh's Library and enjoyed a wonderful afternoon of whiskey tasting and sightseeing at the award winning Pearse Lyons distillery with Bernard and Grant.

The Liberties truly is the beating heart of Dublin.  I enjoyed a wonderful few days staying at the Hyatt Centric Hotel, part of the Hodson Hotel Group, where I chatted with MD, Declan Curtis who told me the story of the building of the Hotel.  Don't miss their special Mad hatter's Afternoon Tea.   I had a wonderful visit to St. Patrick's Cathedral meeting Freda Doyle and Dean William Morton.  At Marsh's Library, Amy Ryan tells me about the incredible history of this still working library.  Marsh's Library. Perfectly preserved library of the early Enlightenment in central Dublin. Opened in 1707 and still welcoming visitors, tourists and scholars. We had a wonderful visit and whiskey tasting to Pearse Lyons Distillery with Bernard Birmingham and Grant.   Pearse Lyons Distillery is Dublin’s only independently, family-owned distillery. Located in the former St. James Church in the heart of Dublin’s Liberties, the award-winning distillery produces Pearse Irish Whiskey.

During the late 18th and 19th century, The Liberties was dominated by great brewing and distilling families, most notably the Guinness family, who from 1759 built and developed the world’s largest brewery at St James’s Gate.  Renowned distillers Powers, Jameson, Millar and Roe were all located here, creating a Victorian cityscape of chimneystacks, mills, malthouses and bustling streets.  The area even had its own harbour linking it to the Grand Canal, and a mini-railway through the St James’s Gate brewery to the River Liffey quays.

However this industrial wealth and prowess went hand in hand with dire poverty and often horrendous living conditions. The 19th century Liberties had notorious slums which in turn spurred a number of enlightening housing developments by the Earl of Meath and the Guinness and Power families in the latter years of the century.  The now-charming enclaves about Gray Street and John Dillon Street were originally examples of modern new homes built for the working class by the Dublin Artisan Dwelling Company, while the Iveagh Trust Buildings on Patrick Street remain beautiful examples of the first ‘flats’ built for Dubliners.

The ancient ‘liberties’ were finally abolished and subsumed into the city in the 1840s, however the name ‘The Liberties’ remained and became primarily to mean the old Earl of Meath’s Liberty.

While the fortunes of the area declined in the 20th century, Thomas Street and Meath Street remained the quintessential heart of Auld Dublin, renowned in song and story.  The area has produced its fair share of storytellers, master musicians, street characters and thespians.

Today, it retains its distinctive character and curious detachment from the life of the wider city.  It’s a place to discover and enjoy: a place of evocative place names, engaging architecture, vibrant street life and strong community spirit.  www.libertiesdublin.ie