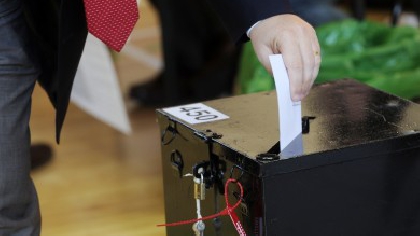 Covid restrictions are not expected to slow down the counting of votes for this week's Dublin Bay South by-election, according to organisers.

Around 75 counters will be spread across the entire hall in the RDS which is usually used to count five or six constituencies during a general election.

Access to the count will be restricted and political parties are pooling resources to tally the votes.

A recent constituency poll for the Irish Times had Sinn Féin's Lynn Boylan a distant third, slightly ahead of Claire Byrne for the Greens or Fianna Fáil's Deirdre Conroy.

Housing has emerged as one of the key issues in the constituency which holds the leafy suburbs of Donnybrook, Ballsbridge and Sandymount - but also more working class areas like Ringsend and Irishtown.

There will be extended hours for voting on Thursday, in what will be the first election in Ireland since the pandemic started.