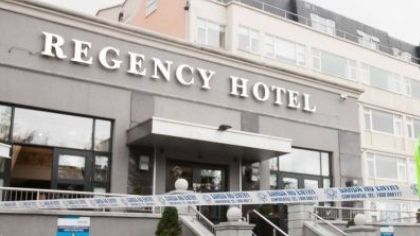 Jonathan Dowdall, with an address on the Navan Road in Dublin, was brought before the Special Criminal Court this morning.

David Byrne was shot dead when five men, some of whom were disguised as armed gardaí, stormed a boxing weigh-in at the Regency Hotel on February 5th 2016.

Jonathan Dowdall was brought before the Special Criminal Court this morning, charged with his murder.

The DPP has directed that the former Sinn Féin Councillor be tried before the non-jury court.

Mr Dowdall’s barrister said they were going to reserve their position on whether to challenge that decision.

His father, Patrick Dowdall, appeared before the same court last week charged with helping a criminal organisation to carry out the murder by making a room at the Regency available to the organisation the day before.

Jonathan Dowdall was remanded in custody today. He’s due back in court in June.