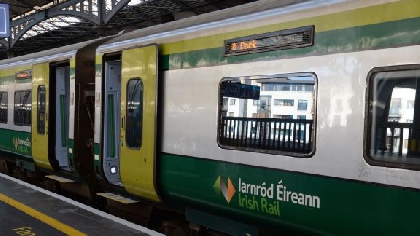 Two passengers were 'doing lines of cocaine' off the table on a Dublin-Cork train, according to a complaint lodged with Irish Rail.

It received 26 reports of antisocial behaviour on this route in the past 18 months - and several relate to drug use. A 19-year-old girl said three teenage boys threatened her - with one saying he'd hit her on the head with a machete. Dermot O'Leary, from the National Bus and Rail Union, says dedicated transport police is needed.