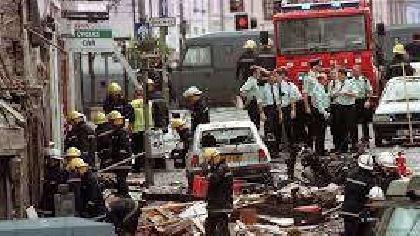 A High Court judge in Northern Ireland is to deliver a ruling in a legal challenge to the UK Government's decision not to hold a public inquiry into the Omagh bombing.

Campaigners launched the action in 2013 in an attempt to force an inquiry into the Real IRA atrocity in 1998 which killed 29 people, including a woman pregnant with twins.
It was the worst single atrocity of the Northern Ireland conflict.
The long-running case concluded more than two years ago, and Mr Justice Mark Horner will deliver his judgment later today.