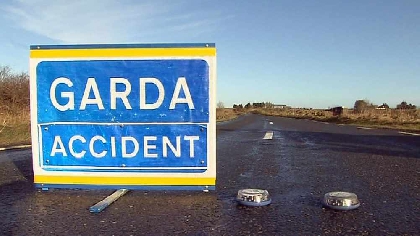 Six people died on Irish roads last month despite a significant drop off in traffic volume.

It comes as new data shows a 21% jump in the number of penalty point notices issued for speeding last year.

Car traffic volumes in the final week of January were down by over 55 per cent in regional locations and 53% in Dublin compared with the same week in 2020.

The drop off in traffic is not as bad as the initial lockdown months, when the volume of cars dropped by 70%.

The number of bus and rail journeys is now at one fifth of the levels seen in the weeks before the pandemic hit.

Six people lost their lives on our roads last month.

The Road Safety Authority says it's not acceptable.

In spite of restrictions and the drop off in travel there was a noted increase in the number of penalty points handed out for speeding.

The CSO data also shows a dramatic fall in the number of people flying in and out of the country.