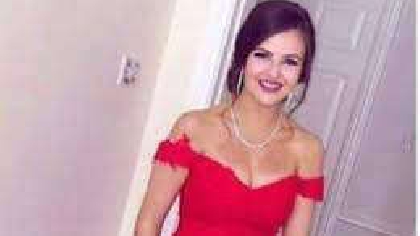 Ashling Murphy has been remembered as a kind, talented, loved and admired young woman.

Ashling's first class students each held a red rose and photo of their beloved teacher as the cortege arrived at St Brigid's church.

Members of the Kilcormac/Killoughey senior camogie team also joined a guard of honour - as hundreds of mourners came to pay their respects.

The President and Taoiseach offered their condolences to the family as the service got underway.

Offerings of a musical instrument, hurl, jersey of her local GAA club, a family photo and a book to represent her love of teaching were all brought to the altar.

The investigation into Ashling's murder is continuing.